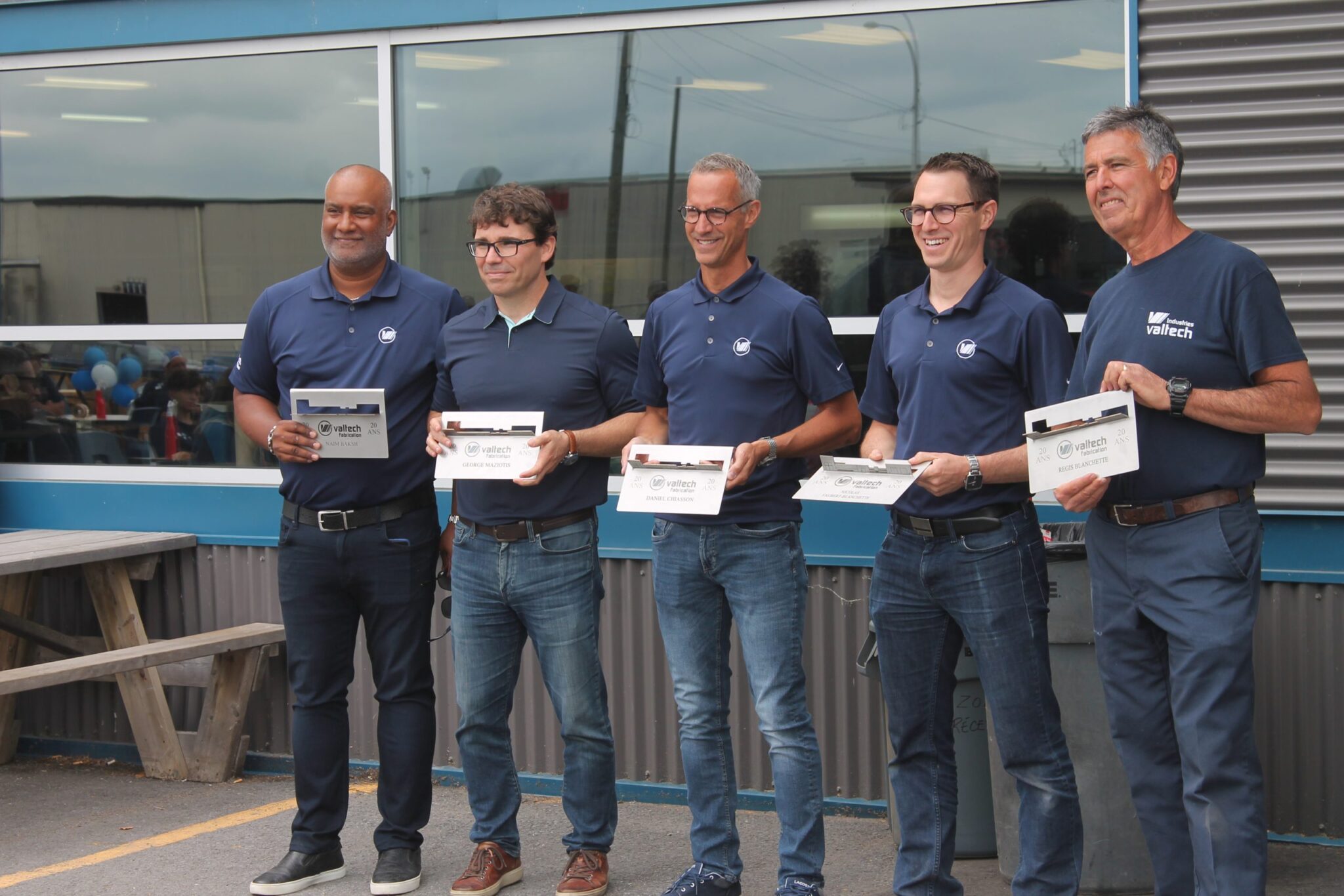 It was in 2003, with only 11 employees, that Valtech began FCCU fabrication. From there, the company grew at an astounding rate to become what it is today, with over 130,000 square feet of production and office space to support its operations.

What is the key to Valtech’s success? The quality of its products and its workforce, the ability to meet strict delivery timelines and competitive pricing :

“For us, managing a project for a customer is not only about business, it is about creating relationships of confidence, understanding their specific needs and being good partners at every step along the way” affirms George Maziotis, President and Chief Operating Officer.

With years of experience and building credibility in the market, Valtech Fabrication is now well-known to the biggest players in the petrochemical industry such as ExxonMobil, British-Petroleum (BP), Shell, Suncor Energy, Irving Oil, Marathon, Chevron, and P66 among others. As a matter of fact, Valtech is one of only a handful of North American companies that can fabricate for the world’s biggest refineries.

These massive pieces of equipment, which can weigh over 250 tonnes, are shipped all over the world. Each project carries its own challenges for both employees and management. Assembling, welding and manipulating cylindrical or conical pieces can be extremely complex.

This is a far cry from assembly line work, as each day and each project is different. Employees of different trades are often required to work closely as a team to resolve a problem.
“Valtech is all about teamwork” adds Owner and Chief Executive Officer, Naim Baksh. “It is important for us to maintain a friendly environment”.

A Team in Full Expansion

With the addition of a team of professionals specializing in expansion joint design at Valtech Engineering in San Diego, California, and steel parts supplier Jayne Industries in Stoney Creek, Ontario, the Valtech Group is positioned to offer a wider range of services to its customers. Valtech is on a path of continued excellence, growth and innovation.

According to Vice President and Director of Production, Nicolas Faubert-Blanchette, Valtech’s main objective is to remain the benchmark for the market:

“We have to distinguish ourselves and stay at the forefront of new technologies and management trends”, he notes. “Valtech is already known to all of the major players in the market, but we want to make sure that they keep us top of mind.”

The only potential barrier to continued growth is the scarcity of qualified labour. Valtech Fabrication is in an intensive recruitment phase and is looking for employees in various trades, including welders, assemblers, refractory installers, day workers, plasma cutter operators, bevel operators and draftspersons. For more information on the positions currently available, potential candidates are invited to visit the Employment section of Valtech’s website.

As they prepare to mark the Company’s 20th anniversary, the team, along with a new generation of Valtech management, are celebrating their achievements thus far and looking forward to the interesting projects and customers on the horizon.

Back to the blog